What the ELD transition means for the industry and is it really happening?

At some point, all industries are susceptible to regulation and require the government to intervene where lawmakers think that they know how to operate the space better than it’s ever been done before. Granted, sometimes it’s helpful but a lot of times we have a number of lawmakers who have no clue what they’re talking about, telling industries they know what’s good for them while sitting in their ivory towers. 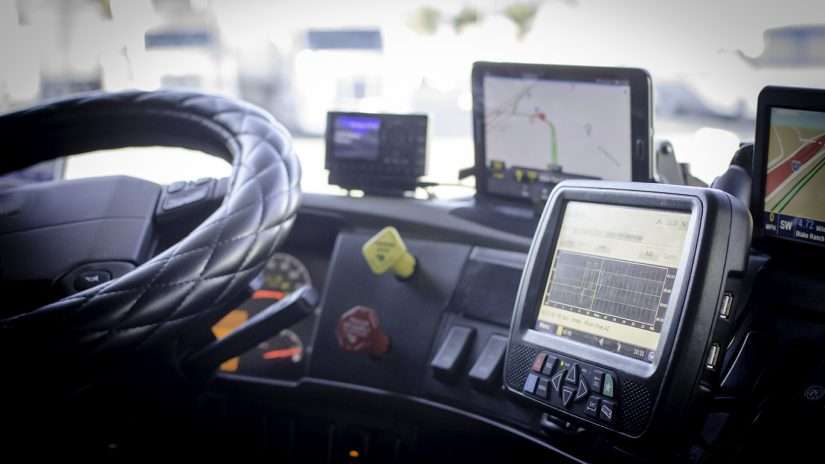 The economy and businesses, in general, usually thrive when there is deregulation because it’s almost impossible to have growth happen when more restrictions and rules require companies to spend more money and jump through hoops to remain compliant. This same rationale applies within the trucking industry as well. When you have a mature industry that’s been operating for almost a century and has figured out a way for businesses to become and remain successful, it’s hard to switch things up and have government regulators require mandates and force these businesses to implement change.

On the flip side, we see the importance of some forms of regulations. We want the general population to be safer on the roads. We know there are always a few bad apples that spoil the bunch and that’s why we’re scrutinized with such a fine-tooth comb. Rules and regulations are put in place because of the few that create problems on the road, get into accidents, don’t log their hours properly and are usually unsafe. These are the individuals we want to weed out of the industry but until there’s a way to do that, the government steps in and says we all need to change in order to make things safer, efficient, and better… Yeah right!

Even though we may not agree with the regulations, we still need to comply but maybe we can give ourselves some tools to understand what happens when regulations take place and see if we can use the information to make better business decisions.

When the ELD mandate went into effect in 2017, it created chaos within the industry. Trucking companies were now forced to buy a new component, get it installed, and get trained on how to use it. If a driver had an old flip phone, he needed to turn it in and upgrade to a smart phone. What happened was that they increased the costs of operating a truck and starting your business.

Another variable that took place is that a shipper used to be able to post a load on the load boards and if they needed the load delivered tomorrow, they knew they could find someone who could go a little faster or run a few more hours and with creative logging, they could get the job done. Now, if it’s not within hours the load won’t make. And if the load won’t make, then an oil rig, or factory, or other receiver of the product will be forced to shut down or delay until their needed parts arrive.

The above two examples are perfect reasons why regulations impact even the small guy within the transaction. Outlined above are 2 reasons where costs have gone up. Regulation caused the trucker to increase their costs, and the shipper increased their costs by shutting down their operation, and now having to pay more for their freight to get delivered in 2 days as opposed to one.

Regulation at the end of the day causes prices to increase. Even though ELDs are a pain and something we don’t want to bother with, they actually help the small independent trucker because there is leverage and reason to charge more for services. It gives the carrier some negotiating power because if you’re running over the road and you have to shut down during a load, then now it’s going to take you multiple days to deliver as opposed to one. Also, because your costs of operating your truck are now higher to include monthly ELD subscription fees, then it’s reasonable for you to demand a higher cost.

At the end of the day, none of us like more regulation and more scrutiny on our businesses, but as long as we know that eventually all businesses and industries must comply with stricter rules, then maybe we can use that information to help us out and give us a strategic advantage over some of our other competitors who only want to complain.

Contact OperFi today to get a free consult and learn how to earn more profits for your trucking company. OperFi is changing the way Trucking Entrepreneurs interact with their factoring companies. Transportation factoring and Freight Factoring shouldn’t force you to be another number. Give us a call and experience the OperFi difference and see why our carriers plan their business with OperFi service.

This website uses cookies to improve your experience while you navigate through the website. Out of these cookies, the cookies that are categorized as necessary are stored on your browser as they are essential for the working of basic functionalities of the website. We also use third-party cookies that help us analyze and understand how you use this website. These cookies will be stored in your browser only with your consent. You also have the option to opt-out of these cookies. But opting out of some of these cookies may have an effect on your browsing experience.
Necessary Always Enabled
Necessary cookies are absolutely essential for the website to function properly. This category only includes cookies that ensures basic functionalities and security features of the website. These cookies do not store any personal information.
Non-necessary
Any cookies that may not be particularly necessary for the website to function and is used specifically to collect user personal data via analytics, ads, other embedded contents are termed as non-necessary cookies. It is mandatory to procure user consent prior to running these cookies on your website.
SAVE & ACCEPT
Provide your contact info to learn more